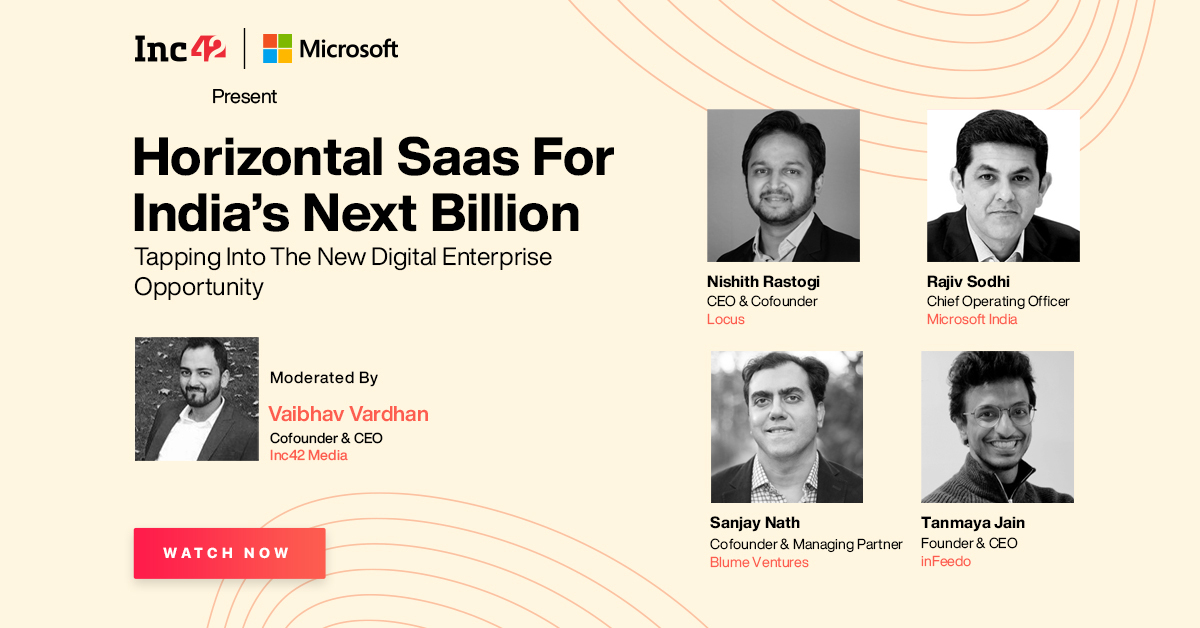 The Dialogue | Horizontal SaaS and the new digital business opportunity

The pandemic has brought many changes for businesses and startups across industries in India. While some have gone out of business, those who operated without technology or digital tools were forced to adopt them quickly, in addition to moving to remote operations. Much has changed for SMEs in particular and as a result has widened the market for horizontal SaaS startups.

Last year, during one of the best years for enterprise tech, startups in this industry secured total funding of $ 1.03 billion, whose horizontal SaaS startups contributed $ 809 million – along the way, the industry has also won two unicorns in the form of Druva and Icertis. So there was good reason to be optimistic in 2020 to begin with and the rising tide of digitization thanks to the impact of Covid-19 has lifted horizontal SaaS startups.

We decode this burgeoning new opportunity and the challenges it will invariably bring. How will SaaS models need to adapt to this spring and how critical a product’s agility will be to meeting a changing market. Inc42 in association with tech giant Microsoft launched ‘The dialogue’ has already looked into the future of agritech, healthcare and fintech, and now is the time to look into the horizontal SaaS market.

The final episode of this four-part series – “Horizontal SaaS for India’s Next Billion: Harnessing the New Digital Business Opportunity” – saw pillars of the Indian SaaS ecosystem plunge into this hot sector.

The Dialogue: Horizontal SaaS for India’s Next Billion

The discussion deepened and provided insight into various aspects such as:

Building a Digital Business with HCI and Multi-Cloud – Webinar

Capabilities for the competitive digital enterprise