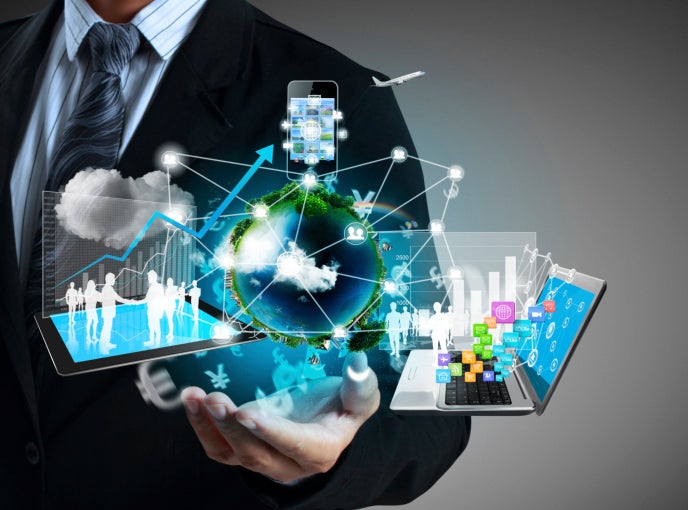 The best CIOs start the journey to the “digital enterprise”

In 1980, the woman who now runs the State Street Bank data center began her career there fixing the price of a mutual fund in a ledger. This process would be automated as the bank becomes a computerized business. Today, it can connect State Street’s systems to those of clients and partners and produce sophisticated reports to allow clients to analyze mutual funds they might buy. It’s the digital business.

â€œIn the past, like last week, you were building systems into functional towers, depending on what process you need to automate and what function you need to perform for the business,â€ says Chris Perretta, IT director at State Street, in evoking the experience of his colleague. But that’s not the case in the digital business. It requires a business with fully digital rules and business policies, where people’s jobs are represented digitally and, most importantly, a technological ecosystem that takes business information and makes it both secure and, for those with access, easy to find and share.

â€œIt’s more of a philosophy of how the job is going to be done,â€ Perretta says.

Realizing this new vision is a huge thing for State Street. Perretta has spent the past three years on a transformation project aimed at translating this philosophy into a technology base that will allow the financial services company to effectively share information with its clients. As we speak, Perretta’s screen saver displays one of the banks’ four key strategic goals: â€œDigital Businessâ€.

The digital enterprise is much more than a slogan of DSI. In a recent Altimeter Group survey, 88% of 59 digital strategists surveyed said their organizations are undertaking formal digital transformation efforts this year. Even CIOs who think the term â€œdigital businessâ€ is soft, like Mojgan Lefebvre, CIO of Liberty Mutual Global Specialty, say consumers using smartphones have shifted the balance of power. â€œThe only thing that is happening and absolutely disrupting industries is to give the end user customer, the consumers, the ability to do whatever they want on their mobile device,â€ said Lefebvre.

On the one hand, the employees of tomorrow will have immediate access to much more information. The digital business is all about making information mobile. Workers will use mobile devices, whether smartphones or tablets. They will connect, via the cloud, not only to company data, but also to data from customers, suppliers and relevant external sources, including social media and Internet-connected objects. They will apply sophisticated analysis techniques to make better trading decisions.

â€œWhat’s new in the digital business is the emergence of all these new technologies coming together at the same time,â€ says George Westerman, researcher at MIT’s Digital Economy Initiative and co-author from a recently published book titled Digital leader: transforming technology into business transformation.

“Computers have a huge role to play in helping people do what they do better,” he adds.

It’s not that past technology investments will be abandoned – Westerman says they are the backbone of the digital business. But this backbone is levitated by new technologies.

By the way, more technology is coming, and fast.

â€œThere has been a shift in the momentumâ€ of technology development, says Ray Voelker, CIO at Progressive Insurance. Voelker traces this back to the spread of the smartphone since 2008. He says that Progressive was â€œ100%â€ a digital company in 2008, based on the web technology available at the time; all workflows and interactions, whether with insurance agents, partners or clients, have been done digitally. â€œBut that was before everyone carried HD video recorders in their pockets that could be used for complaint resolution, for example,â€ he says.

The rise of a digitally savvy population that expects more from businesses has also increased the pressure on businesses to build the digital enterprise.

The eruption of new technologies has brought about changes in the way technology is managed, with some marketing managers controlling large technology budgets. â€œThe pace of change in marketing is faster than what CIOs have been able to keep up with,â€ says Michael Sutcliff, Managing Director of Accenture Digital, a consultancy unit created in 2013 to respond to growing interest in digital commerce . . But Sutcliff says marketing managers would like IT to keep pace with the pace of technological change in marketing.

Seize the moment or risk being left out

The good news for CIOs in all of this change is that they can now have unique career opportunities. Westerman cites the emergence of CIO-plus, where the CIO manages IT, shared services, e-commerce, and other digital efforts. â€œWhat we’re seeing with digital transformation work is that it’s not really a technology issue, it’s a leadership issue,â€ says Westerman.

I’m going to spend a ton of money to make sure everything we do is convincing on mobile devices. If we don’t, I think we will fail. Ray Voelker, CIO at Progressive Insurance

Digital leadership turns out to be a question of technological vision, common sense of governance and knowledge of your IT platforms, he says. “These are all things that IT people can do and can help the rest of the organization learn.”

Westerman says CIOs may never see a better chance at shaping company strategy. But “if you don’t,” he adds, “you’re going to be left out.” The Altimeter survey revealed that CMOs are the largest group credited with the leader in digital transformation. When asked which leaders â€œchampion and supportâ€ digital transformation within their company, 54% of those surveyed answered the Marketing Director, 42% the CEO, and only 29% chose the CIO / CTO.

Voelker says it’s not just the CIO that risks losing its relevance. The company’s success is also at stake. “I’m going to spend a ton of money to make sure everything we do is convincing on mobile devices. If we don’t, I think we’ll fail. “

Voelker recalls the period in the early 1980s when banks built ATM networks. These investments had to be made, but today there is no longer a competitive advantage in having the technology. He went from cutting edge to table stakes. â€œNo one runs ads that say, ‘Hey, come on to our bank, we’ve got ATMs,’â€ he said.

The competitive advantage will come in spurts. The good news is, no one is too far behind. Stephanie Woerner, a researcher at the MIT Sloan Center for Information Systems Research, explains that in 2012, a global survey of 2,008 executives found that 59% of business processes were fully digitized. But these processes were “the easiest,” she says. The rest will be more difficult.

It’s one thing to see the digital business come. It is another to build it. Some companies will need to develop entirely new technological infrastructures, especially as they expand into new markets and new things become connected to the internet. There is no model that all businesses must follow.

Here are five different visions of the digital business.

1. A great experience, online and offline

Mobile operators – at the forefront of the smartphone revolution but also in charge of physical networks, products and customer interactions – are under intense pressure to be digital, according to Thaddeus Arroyo, who was CIO at AT&T Services until his recent promotion. to president of a group for the development of new technologies. â€œI’m talking about digital-physical blur,â€ he says, referring to how physical products become digital services. For their business, being a digital business means creating a cohesive experience across their digital and physical channels. To get there, Arroyo says he needs to weave a “digital golden thread that extends seamlessly across the business.”

Weaving that golden thread means putting the same types of customer information everywhere customers touch AT&T, as well as giving it a business context. For example, in AT&T retail stores, sales representatives now carry mobile devices and stand next to customers rather than behind counters. Arroyo says these mobile devices need to have up-to-date customer information, compiled from customer service updates, previous in-store interactions, and even correspondence via social media. AT&T home technicians need a different view of the same information, and call center agents should have another slice of it.

6 ways CIOs are moving towards the digital enterprise

What is a true digital business?