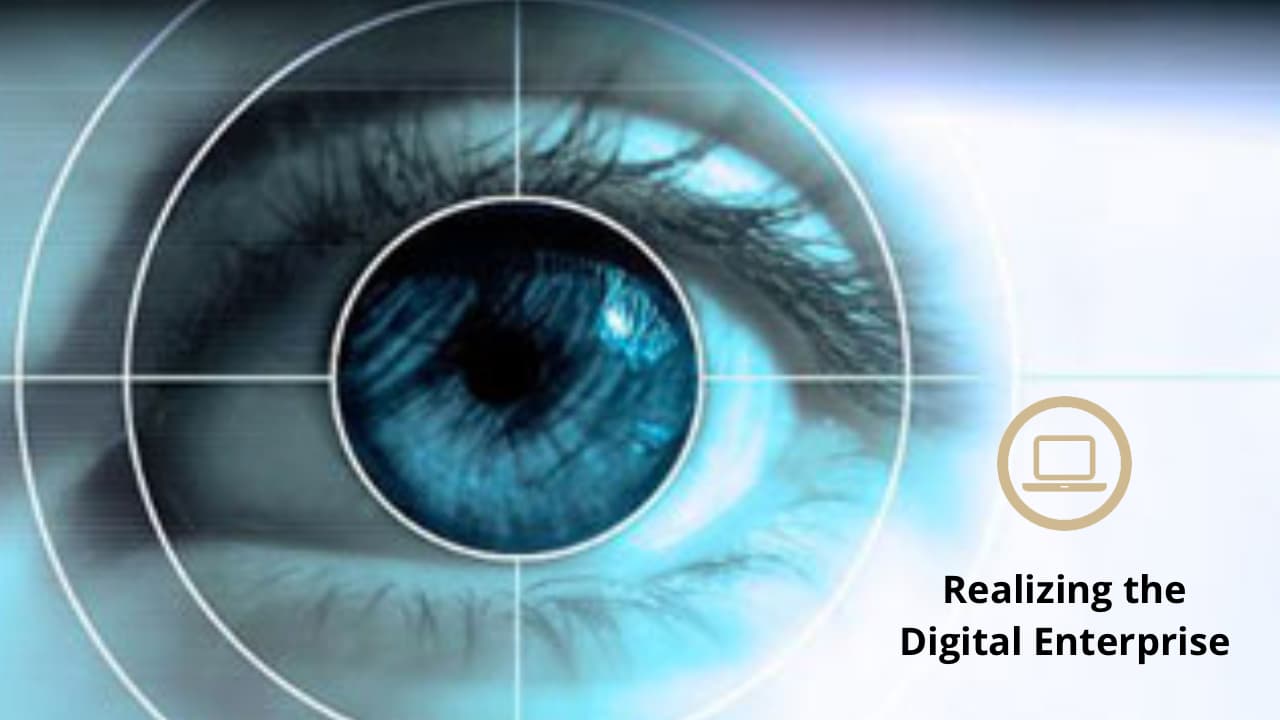 Realizing the couple technology, social responsibility of the researchers of the digital company

This is the third of three articles outlining and updating the college’s sociotechnical research impact areas for 2021-2022.

Professors at Purdue University Polytechnic Institute pursue a series of research projects that use their expertise in advanced materials, design, health applications, data visualization and analysis, manufacturing and processes, robotics and mechatronics, and systems and sensors in a research area titled “Realizing the Digital Enterprise” (RDE), one of the three research impact areas of the college originally organized in 2018.

Computing systems and manufacturing are increasingly integrated into our physical world, with automation, intelligence, scale and interconnection connecting the physical and digital worlds through visible and invisible infrastructure. However, RDE researchers note that this interconnectedness leads to unintended social consequences and unstable patterns of acceptance and use that impact personal and collective well-being. The research team’s vision is to combine technological capability and social responsibility to create successful cyber-physical experiences.

“Our overall focus has not changed since our team first organized in 2018,” said Jason Ostanek, assistant professor of engineering technology and co-lead of the RDE research impact area. “But we’ve added a new goal to encourage collaboration between our ‘social scientist’ members and our more traditional ‘tech-focused’ members.

Rua Williams, an assistant professor of computer graphics technology, was recently named one of Purdue’s first Social Impact Fellows. The scholarship, Ostanek said, has a positive impact on the work of the RDE team.

“Rua serves as a ‘social justice doula’ for our group, helping our members understand how their research can have social justice implications even when the connection isn’t immediately obvious,” he said.

Society continues to transform through new technology-driven innovations and efficiencies, and in 2021-2022 the research team felt it was important to continue supporting these advancements.

“Digital transformation is impacting almost every aspect of our lives,” Ostanek said. “It’s creating new ways of doing business, so it’s critical for Purdue Polytechnic to drive innovation in this area.”

Robert Nawrocki, assistant professor of engineering technology, and his research colleagues design a soft, flexible electrode that can be comfortably placed on the skin, enabling a treatment called deep nerve stimulation (DNS). The new technology could potentially relieve medical conditions, including migraine, rheumatoid arthritis and many gastrointestinal diseases, without the side effects of traditional pharmaceutical treatments.

“A number of troubles can be handled with DNS,” Nawrocki said. He believes this direct approach to pain management and treatment of the condition is preferable to pharmaceutical treatments because, “compared to conventional chemical medications, DNS can be applied directly to where it is needed and avoid many side effects. side effects associated with chemicals, which must first be dissolved in your stomach before only a fraction of that amount is delivered to where the problem is.

To accomplish this research, Nawrocki received a Showalter Fellowship. The Ralph W. and Grace M. Showalter Research Trust Fund was established to fund medical and scientific research at Purdue University and Indiana University. This honor makes Nawrocki the first polytechnic faculty member to receive the award.

“Robert also received the 2021 Young Investigator Award from the Office of Naval Research,” Ostanek said. “His work is a fantastic example of how our research helps push new engineering technologies into impactful fields like medicine.”

Gozdem Kilaz, associate professor of engineering technology and co-lead of the RDE research impact area, received the Outstanding Faculty in Discovery award from Purdue Polytechnic. Much of Kilaz’s research has focused on alternative liquid transportation fuels, including the development, testing and approval of biofuels. Kilaz led efforts to optimize a new chemical conversion process for the production of aviation biofuel from plastic waste.

Tang noted that recent increases in processing power have made computers more capable of detecting objects of fixed sizes and/or regular shapes.

“Deep learning has had great success with detecting objects like people and vehicles,” Tang said. “But little has been done to help computers detect objects with amorphous and irregular shapes, such as point lights.”

Because no previous work had been done in forest fire detection using deep neural networks, Tang’s research team worked to introduce an algorithm that will help ground crews identify fires and other fire-related ground objects.

Jose Garcia Bravo and Brittany Newell, assistant professors of engineering technology, along with Jose Chamorro, Santiago Guevara, Jose Solorio, Laura Vallejo and other colleagues, collaborated to design a system that predicts the health of transportation systems. Improving the reliability of conveyor belts, which are ubiquitous in industry, has the potential to improve efficiency and reduce costs in a variety of industries.

“The idea is to use sensor data to predict failures,” said Garcia Bravo. “We want to correlate this information so that preventive maintenance can be planned before failure.”

Garcia Bravo said the team created software that uses sensor data to determine if a conveyor belt is working properly. Their software also moves data to the cloud for remote system health monitoring.

“We spent a lot of time on the communication between each piece,” Newell said. “Sensors record a lot of data that needs to be sent to a programmable logic controller, filtered and modified, sent wirelessly to an IoT (Internet of Things) gateway, and then into the cloud. We would like to integrate different types of sensors, including some that we design in our own lab for integration into the belt itself.

Garcia Bravo and Newell believe the technology could potentially be adapted for use in mobile equipment on construction sites and mines and in automotive applications, including autonomous vehicles.

Richard Voyles, Daniel C. Lewis Professor of Robotics and Head of the Collaborative Robotics Lab, and Bedrich Benes, Professor of Computer Science, are collaborating with Karthik Ramani, Donald W. Feddersen Professor of Mechanical Engineering, and six other faculty members on a project to create 3D printed objects with sensing, computation and actuation capabilities. The research could lead to the creation of an “intelligent product printer” that combines the printing of a structure with the printing of electronics, sensing and other functions.

When the COVID lockdowns began in 2020, Voyles and an interdisciplinary group of students worked to create a autonomous robot to disinfect classrooms. He is also working to establish a doctoral program in robotics at Purdue Polytechnic.