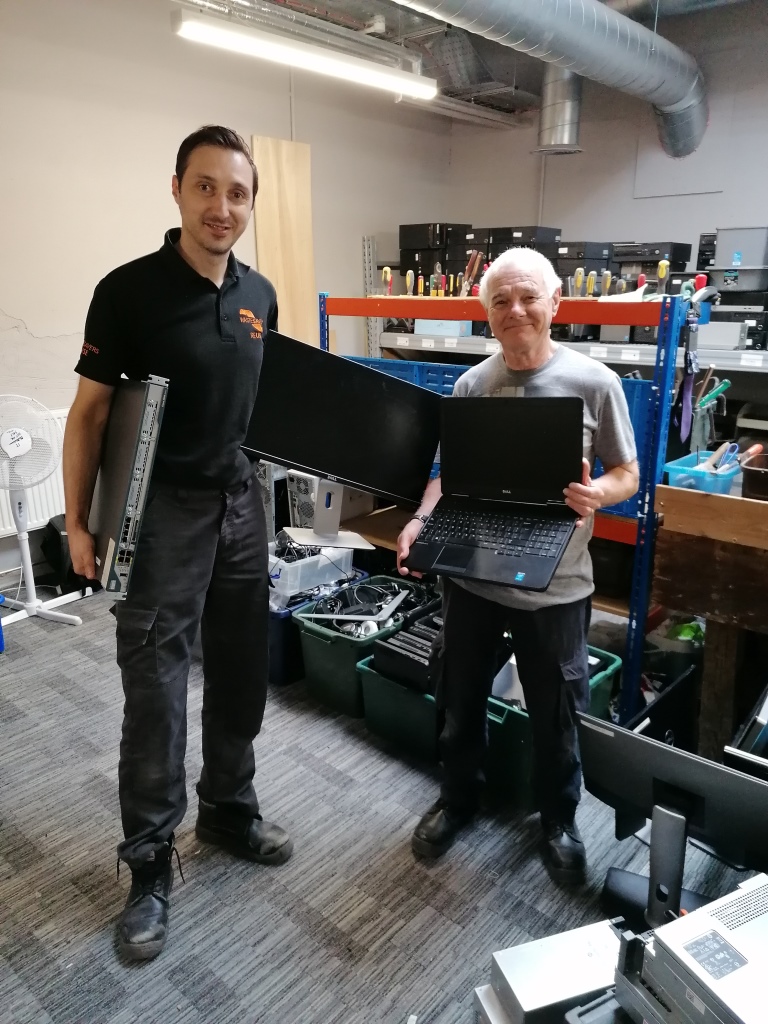 WASTESAVERS is asking for public support as they try to win the National Lottery Project of the Year award.

The social enterprise led a digital poverty alleviation project that beat more than 1,500 other projects competing for the award.

They have reached the stage of public voting and will compete with 17 other finalists.

Voting will take place over four weeks and the winner will receive a cash prize of £ 3,000 and a National Lottery Awards trophy.

This is the first time that the prizes will be awarded.

Alun Harries, Charity Manager at Wastesavers, said: “We are delighted to have been finalists for this year’s National Lottery Awards, especially since there are so many amazing projects.

“The coronavirus has revealed the extent of the digital divide and digital poverty is a significant problem.

“The confinement and closure of schools have brought the digital divide to the fore.

“Some families depend on a single cell phone or tablet.

“In addition to children who weren’t learning, those who didn’t have an online connection often couldn’t keep in touch with their friends.

“With funding from the National Lottery, we are able to consistently implement initiatives and advocacy work that help reduce household poverty and support those who need it most in the community.

“All of this is done while raising awareness and educating people about the importance of recycling and reuse.

“To be recognized for everything we do is an honor and we really hope people will support us. ”

Wastesavers was established in 1985 and operates recycling services for 75,000 people in Newport.

They received a grant of £ 34,605 ​​from the National Lottery Community Fund to provide second-hand computing devices to the digitally and socially excluded during the pandemic.

The association focuses on poverty alleviation by providing refurbished household items, electrical appliances and computer items, recycling education, and providing teens who have difficulty in mainstream education an alternative education that helps them. gives arithmetic, literacy and practical skills.

Wastesavers has nine reuse shops in Cardiff, Newport and the South Wales valleys where people can donate electrical items and staff and volunteers work to restore them.

A digital training program runs in parallel to ensure that everyone is computer literate.

Jonathan Tuchner, National Lottery, added: “In these difficult times in which we still find ourselves, we see so many examples of inspiring work in our communities, motivated by these same projects.

“It is thanks to National Lottery players, who raise over £ 30million every week for good causes, that brilliant projects like these are possible.

“Wastesavers is doing an incredible job in their community and they deserve to be in the National Lottery Awards Project of the Year 2021 final.

“With your support, they could be winners.”