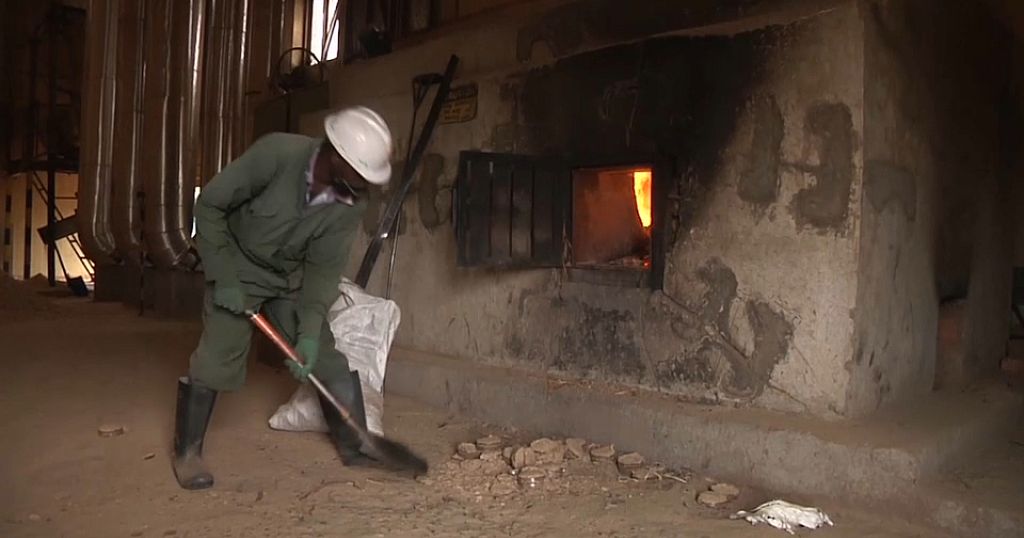 A truck full of unwanted human waste will soon be turned into fuel.

Trucks bring the materials to a social enterprise called Sanivation based in Naivasha, 100 kilometers from Nairobi.

It may seem like an unlikely source for cooking meals and heating homes, but this nasty mix will be processed and turned into profitable briquettes.

“Initially, it was very difficult for us to scale up because we were used to making a product at home. People thought it smelled a lot, but it didn’t because we had used to process the poo really well to make the product and people would even use it for barbecuing,” says Paul Manda, plant manager at Sanivation.

The raw material is processed by high temperature heating to kill bacteria, then mixed with sawdust to make the briquettes.

The product has become more popular than expected.

“So when we decided to think of another product, we thought of sawdust briquettes, and of course that’s also a combination of agricultural and of course human waste. This product actually took the market much faster than we thought, so we are currently selling more than 120 tonnes and we cannot even meet the market demand,” Manda explains.

Removing human waste from the wider environment and turning it into fuel has environmental benefits.

According to the charity Water.org, 41% of Kenyans do not have access to basic sanitation solutions.

According to data from the WHO/UNICEF Joint Monitoring Program for Water Supply, Sanitation and Hygiene (JMP), an estimated 8.5% of the population practiced open defecation in 2020.

“Using this fuel is very important for the environment in that for every ton we are going to use, we are saving thirty-three trees. Don’t forget that we are also taking a useless product that people had the habit of throwing away, and maybe it was handled in an unsafe way,” says Manda.

But after a low turnout, they turned to supplying factories and businesses like the Larmona Flower Farm.

They cooked on site for their employees and used charcoal and firewood.

But the briquettes are cheaper, and manager Mary Wangui says her staff have noticed other benefits.

“We opted for eco-friendly briquettes because they don’t produce smoke compared to normal charcoal and firewood. In addition, it has another advantage that it does not affect our employees in the canteen medically because the smoke affects the health of the employees, but with the briquettes we do not have these chances at the moment”, explains she.

“We have other advantages over pot tearing and wear by which we used to buy pots many times, but at the moment it takes time. Also, if you compare charcoal normal wood and briquettes, it takes a long time for briquettes to heat up which means we use less compared to what we used before,” she adds.

According to the Kenya Forest Service, charcoal supplies energy to 82% of the urban population and 34% of rural households.

“Briquettes are a good alternative to charcoal and wood and most importantly, they are made mostly from waste materials, which reduces the number of trees cut,” says Nickson Otieno, sustainability expert and CEO of Niko Green .

“Number two, if they’re done well they burn efficiently so they release less stale air emissions, we call that carbon. So it has a very good impact on health but also on the environment compared to the way charcoal or wood burns. Which is not efficient.”

Thanks to this initiative, the company was able to create jobs and convince established organizations to opt for an environmentally friendly source of energy.