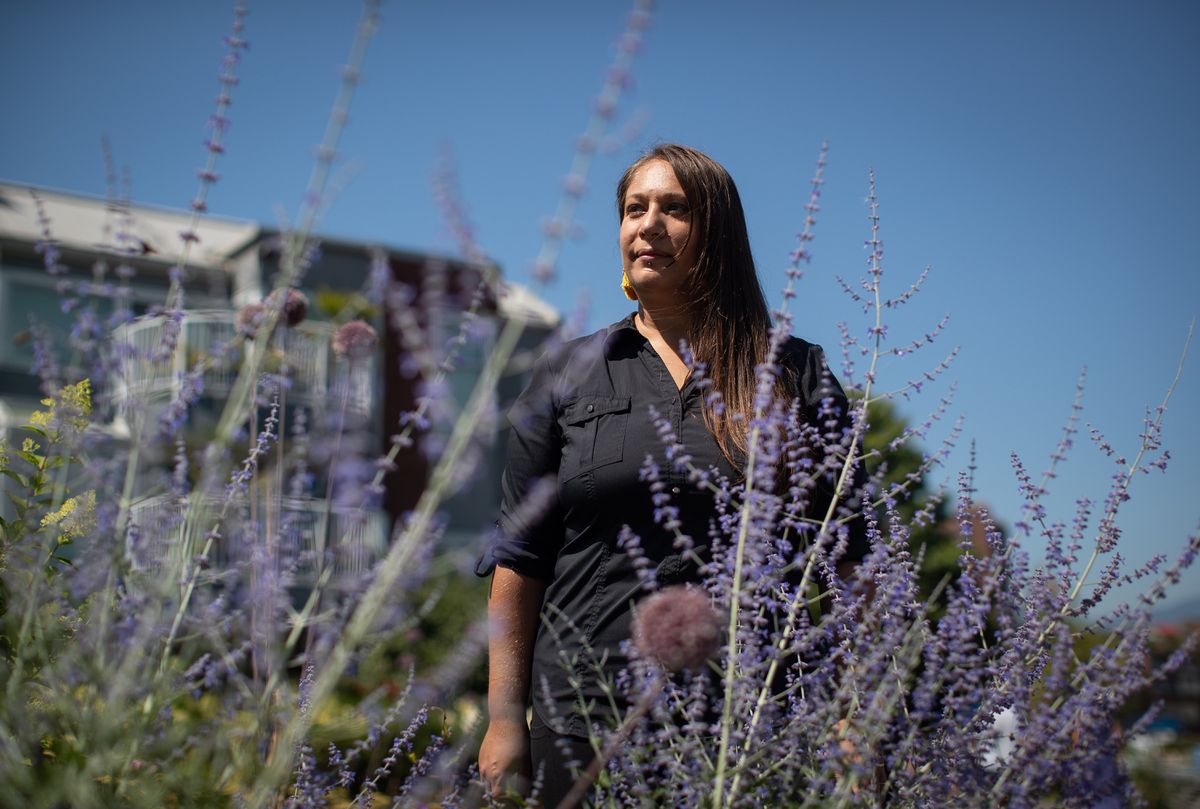 While working with the development organization CUSO International, Umeeda Switlo was sent to Belize to advise the government on potential economic opportunities. As a person of Indian descent, she researched the Indian diaspora in Belize, which represents 3% of the population of this Central American country.

Through this connection with the Indo-Belizian community, Umeeda came across an unexpected agricultural product: turmeric, an essential ingredient in Indian cuisine.

“[The plant] was a beautiful color and 10 times bigger than anything I had ever seen,” she says.

Umeeda had an “aha” moment. She would create a new product – turmeric paste – a fresh, bioavailable alternative to standard dried and ground turmeric, and she and her daughter would export the product to Canada and beyond.

Umeeda and Nareena formed Naledo in 2016, taking the name from a combination of Nareena and Toledo, the southern district of Belize where turmeric grows. As CEO, Umeeda oversees the manufacturing of their Truly Turmeric products and works closely with growers, while Nareena is COO, focusing on sales and marketing.

The duo researched the regulations for their new export product, but Nareena says being women in the export industry has been daunting.

“I can’t count the number of times I’ve been put down by buyers or customs brokers,” says Nareena. “We often had to explain how the rules apply to our product, but they won’t believe us because we are women.”

With a team of eight employees in Belize, Naledo is a social enterprise, embracing the belief of “better business for a better life”. In 2020, the company became a Certified B Company, a company that integrates its social and environmental beliefs into its daily operations and regularly conducts independent verification of its social and environmental impacts on the community.

Working with over 350 growers across Belize, Naledo pays six times the fair trade price for turmeric plants. By listening rather than assuming, the Switlos are committed to changing the “locals versus foreigners” stereotype.

“I asked the producers if they wanted a cooperative,” explains Nareena. “[But] they wanted individual contracts. Asking the right questions made the difference for us.

Naledo is an example of a growing segment of women-owned businesses exporting to the international market: according to Export Development Canada (EDC). Women-owned small and medium enterprises account for 11% of Canada’s export activity.

Recognizing this growth, EDC created Women in Trade in 2018, working with women-owned and women-led businesses to grow their exports.

Catherine Beach, national lead for Women in Trade at EDC, notes that access to capital can be one of the biggest barriers to growth for women entrepreneurs.

“We strive to help women entrepreneurs by sharing our knowledge of exporting and providing financing and insurance solutions,” explains Catherine Beach, national manager of this program. “We also connect them to international business opportunities, networks and programs.”

Women in Trade is part of EDC’s inclusive trade strategy, with a team of advisors focused on engaging and supporting entrepreneurs who are women, Indigenous, Black and racialized communities, people with disabilities and the community LGBTQ+.

More than 1,600 businesses have benefited from the Women in Trade program over the past year, generating $1.7 billion in revenue, Ms. Beach says.

Ms. Stegemann says the goal of all her business connections is to provide families in developing countries with decent incomes and encourages other female entrepreneurs to join her in the global marketplace.

“If you pay on time, no one cares about your gender, religion or where you live,” she says.

Social responsibility is a big part of the 7 Virtues – products have been included in Sephora’s Clean + Planet Positive program – products committed to climate, sustainability and responsible packaging that donate 1% of profits to an environmental charity . Working with the Nepal-based non-profit organization Days for Girls, The 7 Virtues also works to eliminate menstrual poverty, providing financial support for washable pad kits and education for girls and boys. boys.

The founders of Naledo and The 7 Virtues focused on developing personal relationships with their international partners. Ms. Stegemann and the Switlos take regular trips to see and spend time with their growers, with the Switlos spending up to six months at a time in Belize.

“Shipping right now is a bit of a nightmare globally,” says Stegemann.

Despite the challenges, with plenty of research, strong support and enduring respect for international partners, international business can be rewarding for everyone involved.

“I want to see more Canadians trading with nations [that are] reconstruction,” says Stegemann. “It’s the women who will do it.”

Want to know more about women at work? Find all the stories on the hub hereand subscribe to the new Women and Work newsletter here. Feedback on the series? Email us at [email protected].

Social enterprise gives people tools to shape their own future