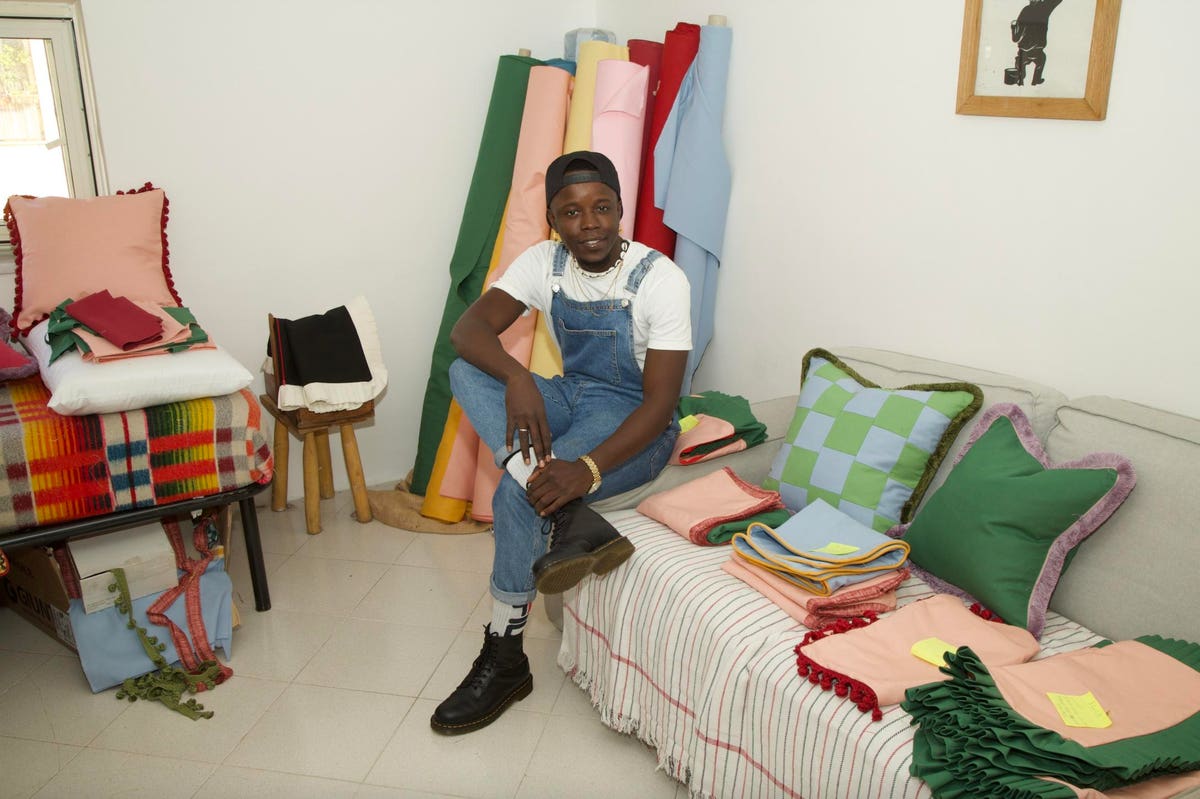 “The journey ahead has the potential to be full of promise and hope,” says Paboy Bojang, the creative entrepreneur and designer behind In Casa By Paboy, a social enterprise that, without urgent funding, may be forced to close. his doors. “So today I’m making a special request that could help save my business and allow me to grow as an artist and creator.”

After fleeing The Gambia ten years ago to escape the brutal dictatorship that ruled the country, Bojang spent two years undertaking a harrowing journey through the desert and the Mediterranean Sea. Arriving in Naples in 2015, he set out to fulfill his creative dreams using determination, resilience and passion to pave the way for other refugees who would find themselves in a similar situation.

Finding a job at Antica Manifattura di Stingo, the famous majolica workshop, Bojang established his life in Italy. However, her world changed again in 2019 when the immigration system failed to renew her asylum papers in time, leading to unemployment just before the start of a global pandemic. It was then that Bojang decided to revisit his sewing skills, which he had developed as a young teenager working in his uncle’s sewing workshop in Serrekunda as the main breadwinner for his family. The experience and passion for selecting fabrics and matching colors quickly returned to Bojang and through social media and borrowing an old sewing machine he began creating a series of designs. iconic household items.

Spring 2020, during the first confinement, saw the birth of In Casa by Paboy, with its hand-sewn cushion covers, in bright colors and inspired by sweet wrappers, which are attracting the attention of design lovers around the world. entire. Growing its audience through social media, the brand grew stronger over the following months before launching a website in January 2021. Featured in titles such as the Financial Times and Wall Street Journal, as well as an international clientele from Dubai, Sydney, London and New York, Bojang’s hard work has started to pay off. Grateful for the love and support he has received, Bojang looks back on his journey so far with happiness. “You have given me a chance to succeed here in Europe and more importantly to help achieve a miraculous dream. A dream that has given me hope where many people in similar positions have felt defeated.

Despite the support, the brand is at another crossroads and Bojang reveals that there are crucial issues to be addressed. “Each month we sell enough cushions to cover our overhead, but we struggle to make the necessary investments in the things that make a business a business,” he says. “For example, marketing, a production manager, even an accountant. Without these elements, I am not sure that the future is sustainable for the company. With much of our business going through social media as well, an ever greedy algorithm means we can no longer rely on that channel of support.

Asking for donations via a crowdfunding campaign, Bojang seeks to take the company’s impact even further. “Getting funds will help me structure In Casa as a social enterprise through which I can give back to the migrant community in Europe and provide employment in The Gambia so that my peers don’t have to undertake the job. ‘horrible trip I’ve been on,’ he declares. The hope of creating something that benefits the migrant community in Naples and beyond has always been Bojang’s long-term goal. “My greatest pride has been in employing Blessed and Ibra, enabling them to both access legal contracts and therefore paperwork for themselves,” he reveals. “They are one step closer to their dream of making Italy a permanent home.”

Bojang’s vision is proof that design can be used as a force for good. Building a platform for migrant artisans like him and helping them pursue their dreams could be key to increasing accessibility for these creatives. Urging us all to join him on the long road to realizing In Casa’s potential, Bojang is looking to raise £30,000. “Without a network or family to rely on in Europe, I only have all of you who have supported me so far to ask for help,” he says. “Whether it’s a small one-time donation, a regular contribution, an investment, or your volunteer energy, time and expertise, it will all help keep small businesses alive and strengthen the path for creatives like me to realize their dreams.”

Thanks to Bojang’s hard work and commitment to change, he is rewriting the future of many creatives who find themselves unable to explore such opportunities. His optimism inspires us all to be part of the change and come together to reshape a creative world accessible to all and create an industry that thrives on it.

Campaign donations can be received monthly or as one-time investments through JustGiving and Patreon.

From DMO to social enterprise – a next step in sustainable tourism?