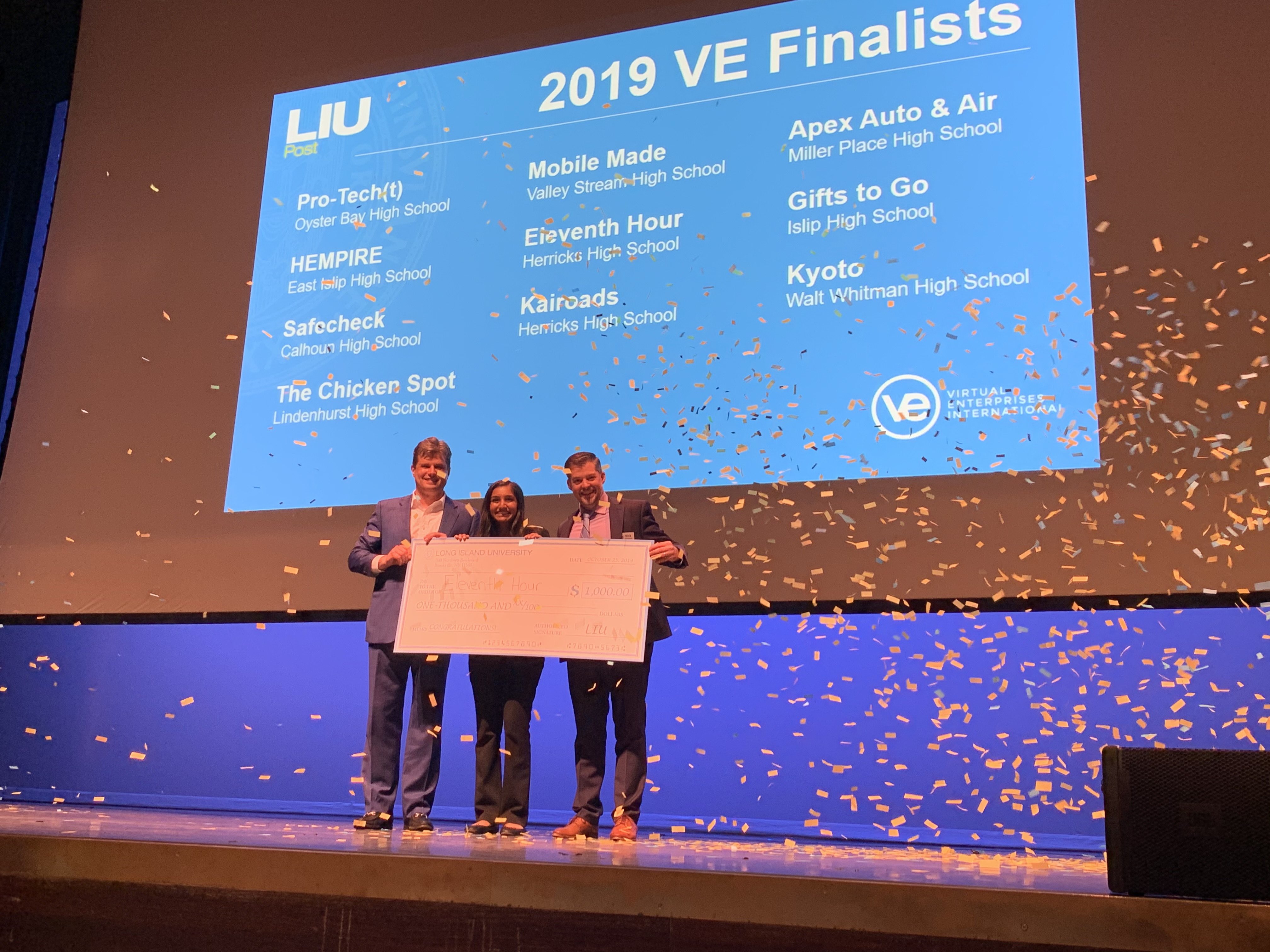 Reinvigorated by the excitement of the day, the students embarked on the prelims of the elevator pitch competition. Of the 93 competing virtual business / school companies, Herricks demanded that the competition be considered.

Senior Herricks Richard Lee, CEO of the foldable electric longboard company â€œBam-Boardâ€; Priya Shah, CEO of the personal care company based on the â€œEleventh Hourâ€ app; and junior Kiruthiga Shanmugananthan, CEO of mobile storefront supplier â€œKairoadsâ€, took to the main stage of Tilles Center to present each company’s one-minute elevator pitch. Thrilled with the enthusiasm, the three members of the company gathered to cheer on their respective CEOs.

The Herricks Groups were joined by Liam O’Brien, Business / Virtual Business Professor. A special thank you to Rose Lavelle and Claude Commisso for their help in supervising the event.